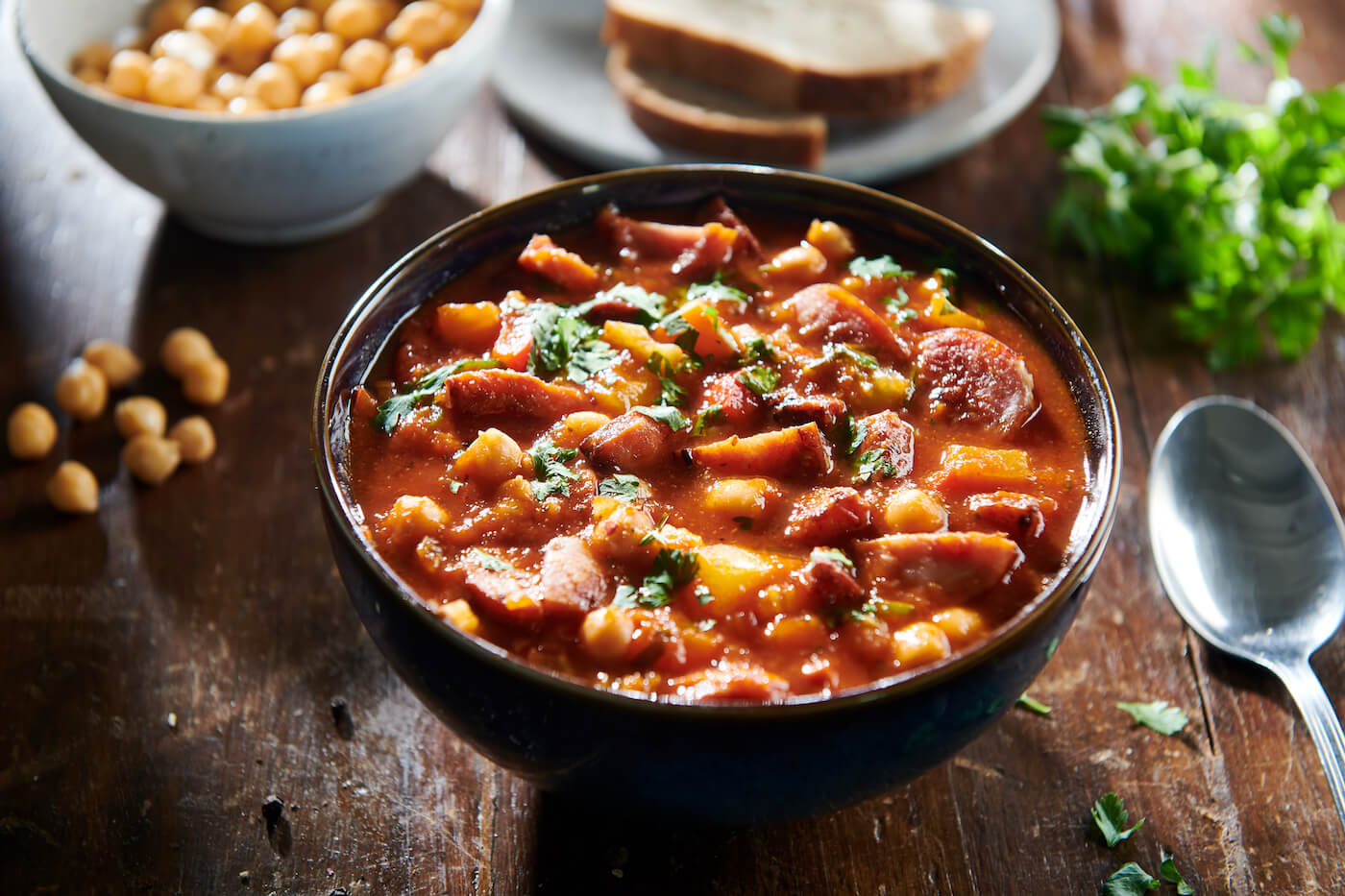 Chickpea soup with sausage — do yourself a solid for autumn.

Our chickpea soup with sausage is delicious at any time of the year, but it is best for autumn foul weather, cold hands, and a red nose. Deliciously spicy thanks to ginger and hot pepper, but we promise that you will not breathe fire like a the dragon from the Wawel Castle after it, despite the fact that its obligatory element is the Podwawelska sausage from Morliny.

By the way, the sausage is the secret ingredient of the chickpea soup — it makes it filling, warming, and simply delightful! Our favourite for autumn, maybe soon also yours?

Place the peppers on a baking tray and put them in the oven preheated to 220 °C (428 °F) for about 10 minutes. After taking them out of the oven, cover them with foil or put them in a foil bag to let them steam up — it will be easier to peel them. When the peppers have cooled down, clean and pull off the skin.

Slice the sausage. Julienne the onion, and coarsely dice the peppers. Use a large pot to heat the olive oil and fry the sausage until golden brown. Then add the onion and fry until soft. Add peppers and chickpeas, and pour them with broth. Add sliced tomatoes and bring to a boil.

Add spices to the soup: cumin, coriander, ginger, pepper, thyme, leaf, and herbs. Cook everything for 15–20 minutes, covered. Finally, season the soup with salt and pepper. 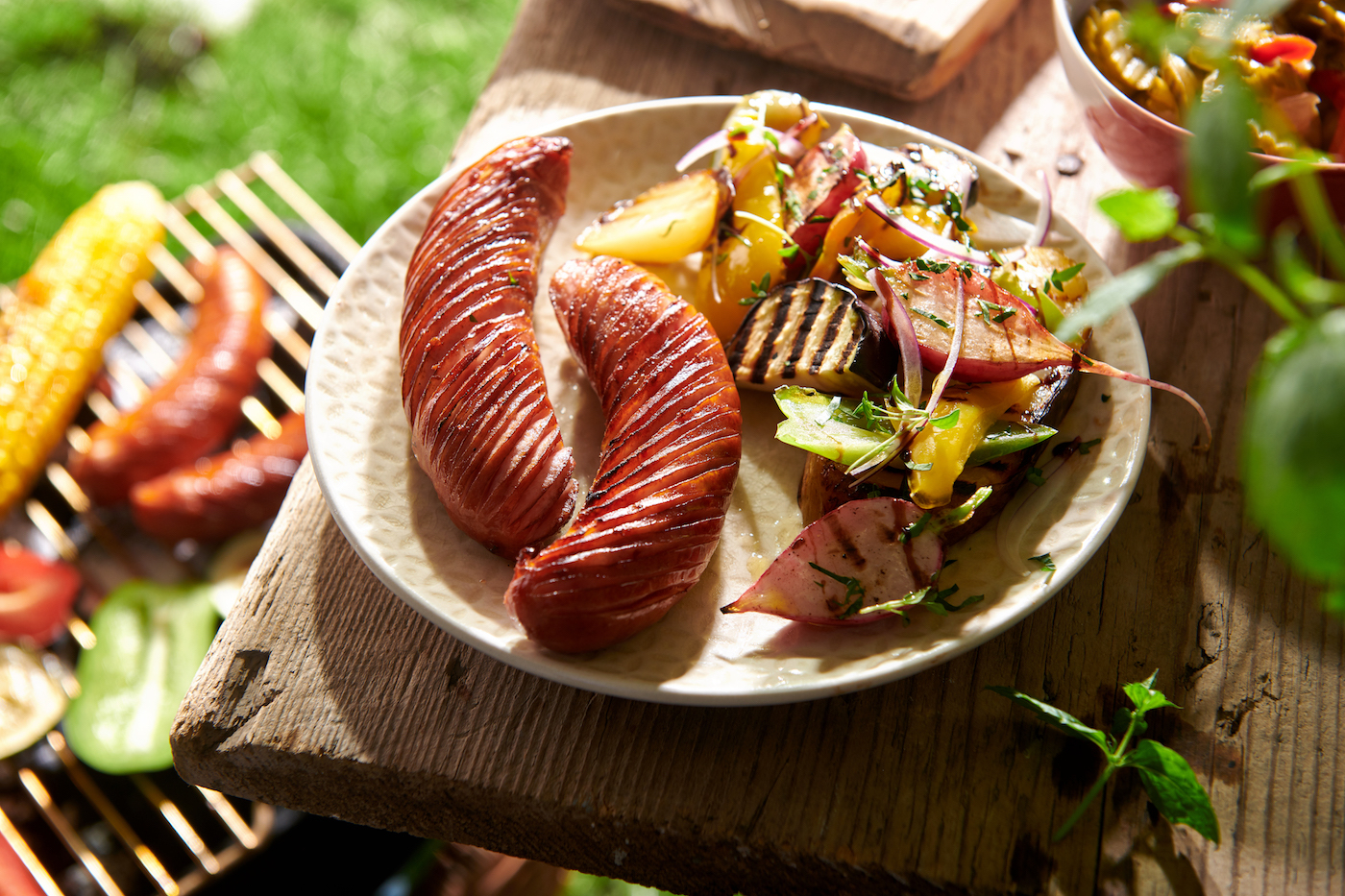 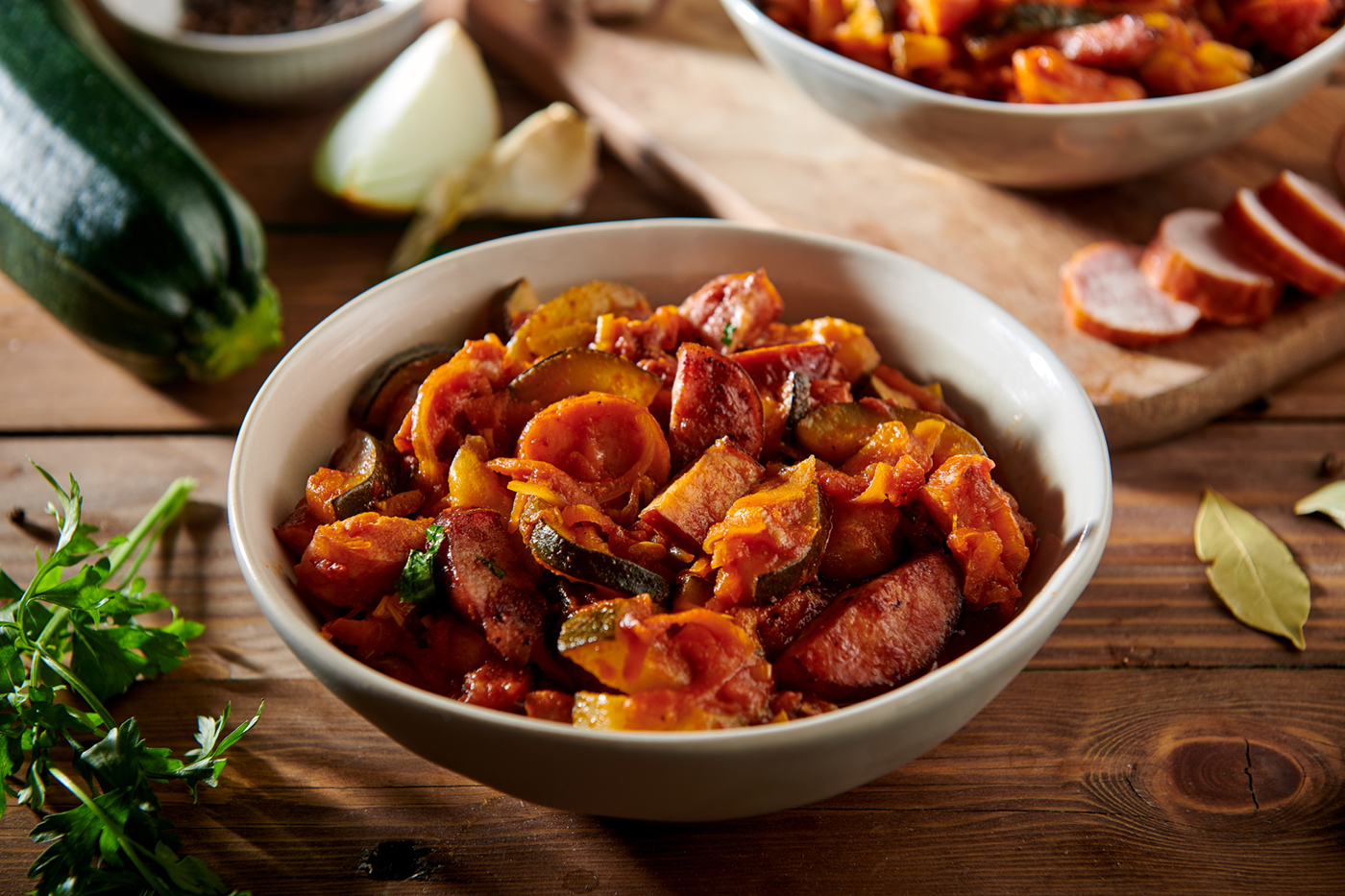 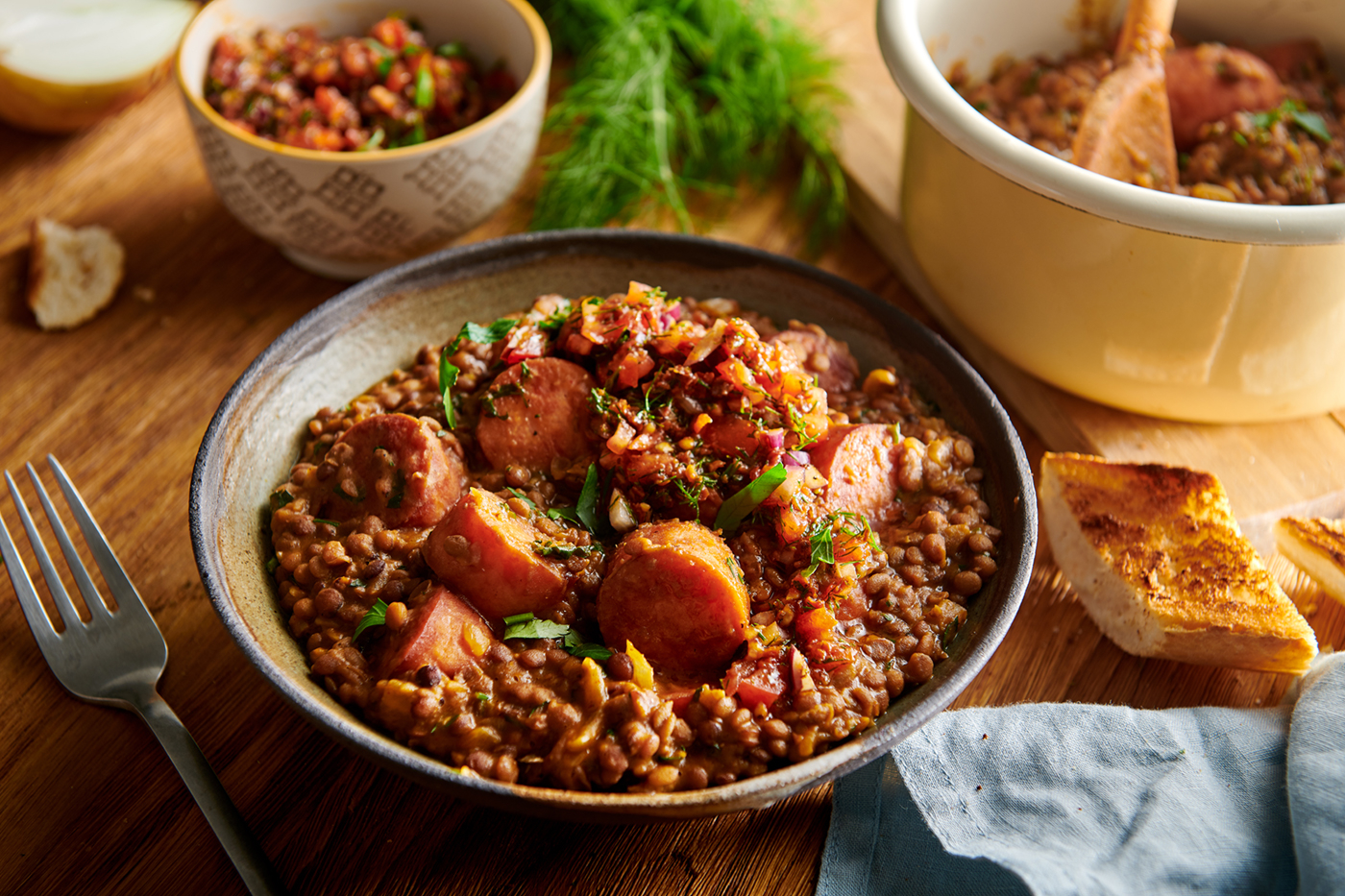 Sausage with lentils and tomato pesto