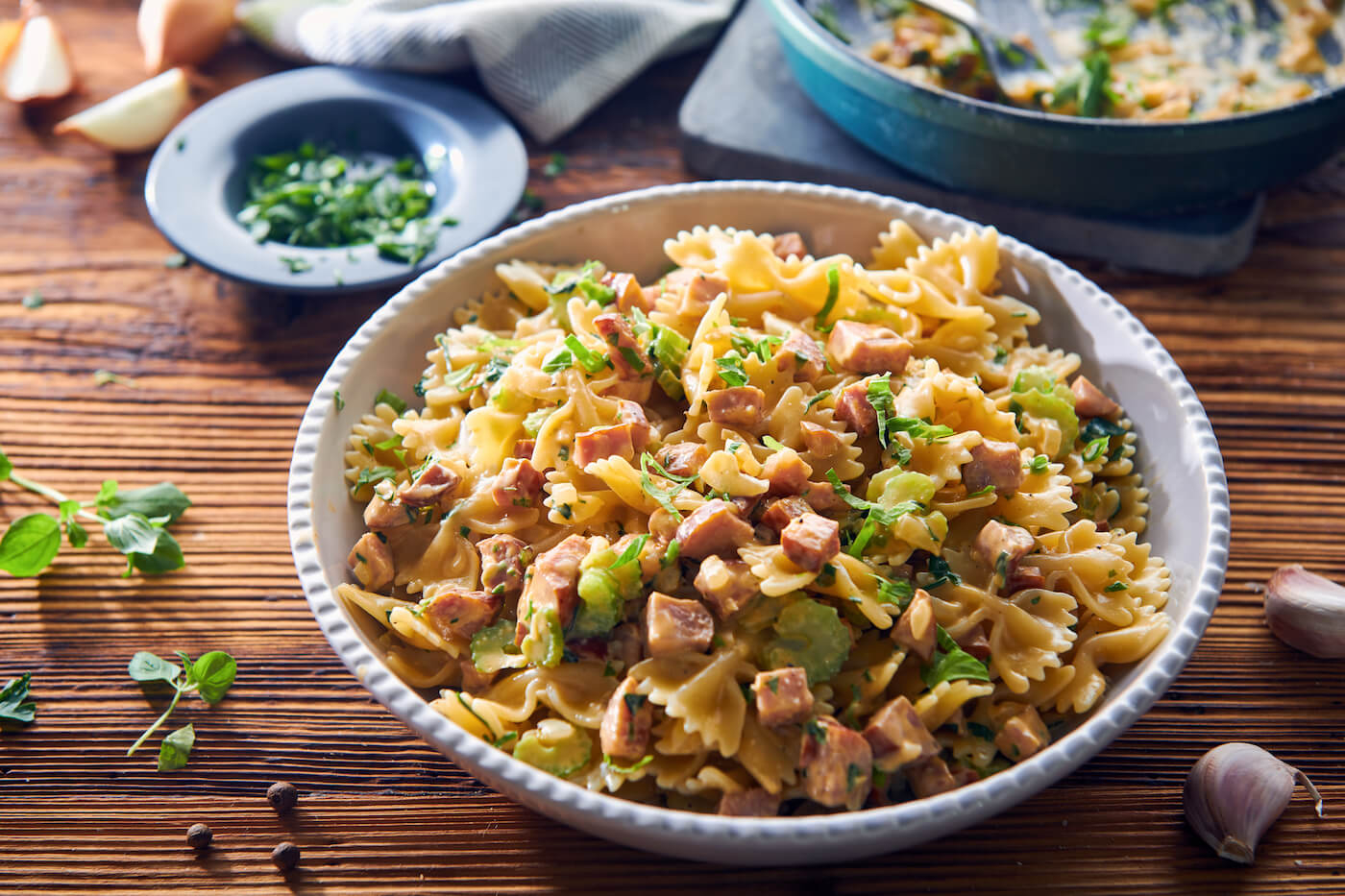 Pasta with sausage — a fusion between Italy and the USA.

A sausage and pasta lunch is our proposal for a dish to prepare in 30 minutes, which will surely be a permanent guest on your private menu. Pasta with sausage breaks the existing patterns, combining Italian and American cuisine.

And all because of the Texas sausage from Morliny, which plays the first fiddle and pulls the strings in this dish. Actually, pulls the butterflies, because this is the type of pasta that goes the best with sausage. Throw in some vegetables, season to taste, and it’s ready! It’s hard to believe that you can conjure up something so good in half an hour!

Dice the sausage. Cut the onion and celery into fine cubes. Chop the garlic and parsley. Slice the button mushrooms.

Pour the cream and half a cup of water or broth into the pan. Add oregano, chopped parsley, salt, and pepper. Cook until the sauce has evaporated. Mix the cooked pasta with the sauce and serve. 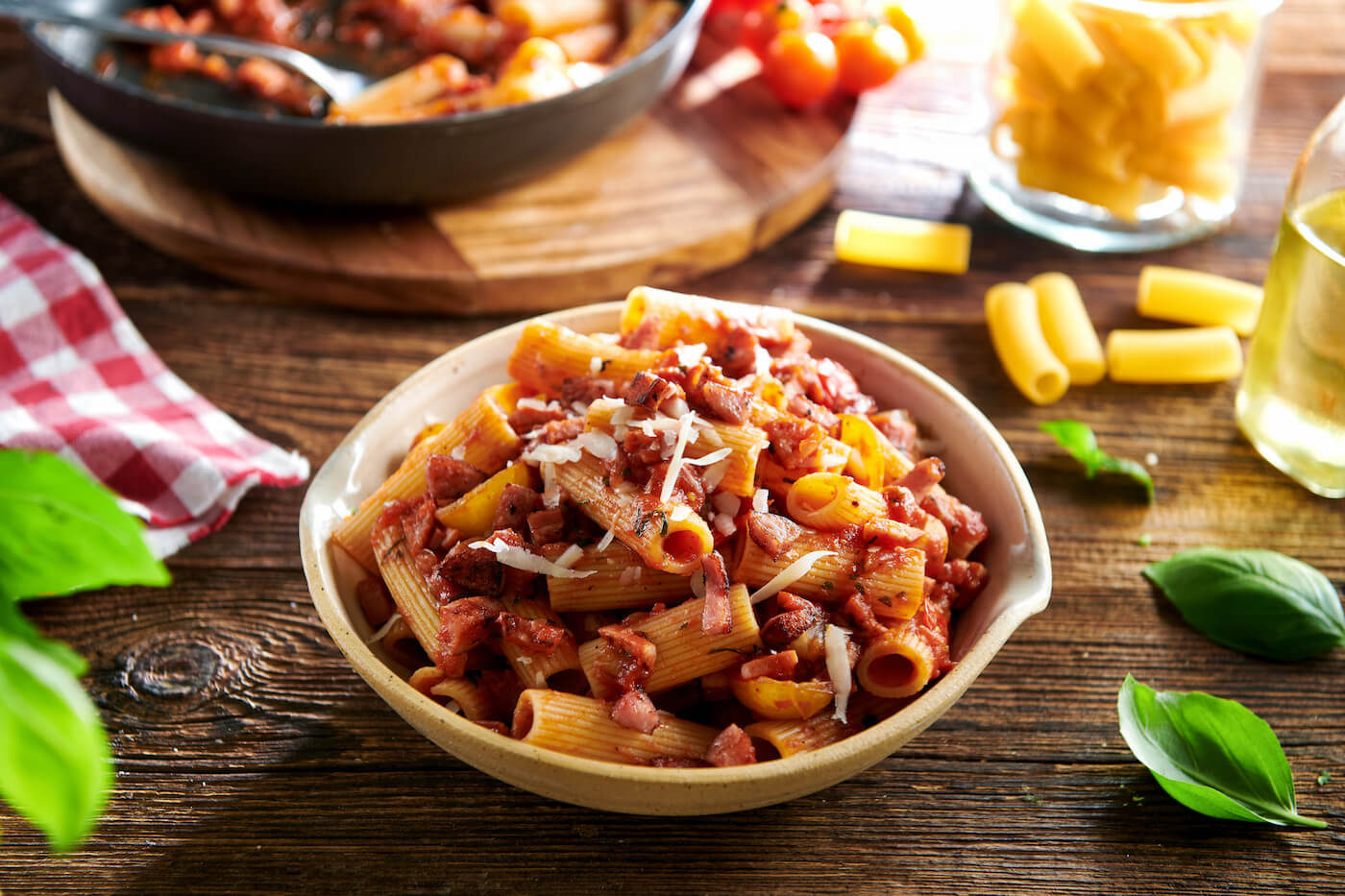